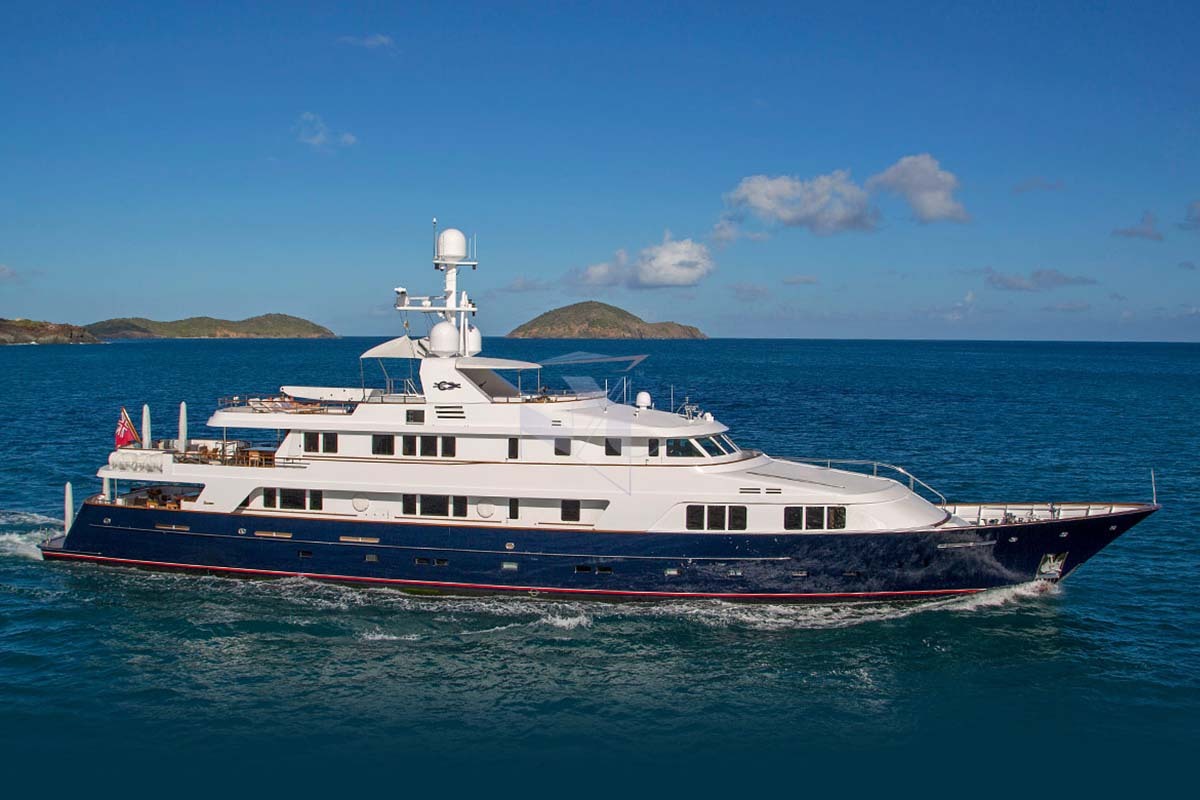 Blu 470 ex.Broadwater is a luxury charter yacht delivered in 1990 by Feadship De Vries shipyard. Naval architecture and exterior styling is by De Voogt with light and airy, luxurious interior by Donald Starkey and during her major refit in 2014 by Patrick Knowles. She boasts beautiful teak laid sun deck offering a Jacuzzi, large sun pads forward, lounge chairs, fridge and open air GYM. Bridge deck offers a fantastic lounge in the aft shaded by umbrellas, an Al-fresco dining table and spacious sky-lounge offering a bar with stools and seating area in front of large flat TV. Main deck features large open-plan salon with seating areas and separated dining area/table with a fantastic selection of wines and champagnes.

Blu 470 sleeps up to ten charter guests in five air-conditioned staterooms. Full beam master stateroom based on the main deck level features a king-sized bed, walk in wardrobe, his and hers baths and an office area. Lower deck houses three double staterooms offering a queen sized beds, en-suites with bathtubs and shower, while her twin cabin offers two singe beds and en-suite with the rain shower. When required by her guests twin cabin beds are convertible into a king-sized bed. Blu 470 charter boat offers following audio-visual gear on board: flat-screen TV’s, SAT TV, central Kaleidescape system with selection of music and movies, iPod docking stations, board games and WiFi internet connection.

Blu 470 is powered with two Caterpillar 3512B diesels developing in total 1800 BHP, pushing her displacement hull up to 14.0 Knots with range of 4.000 Nautical Miles @ speed of 13.0 Knots, while she cruises @ 12.0 Knots with fuel consumption of 360 liters per hour supported with the stabilizers underway and while at anchor for more comfort. She offers a wide selection of sea toys is listed herein below and she is manned professional maritime crew of eleven members.