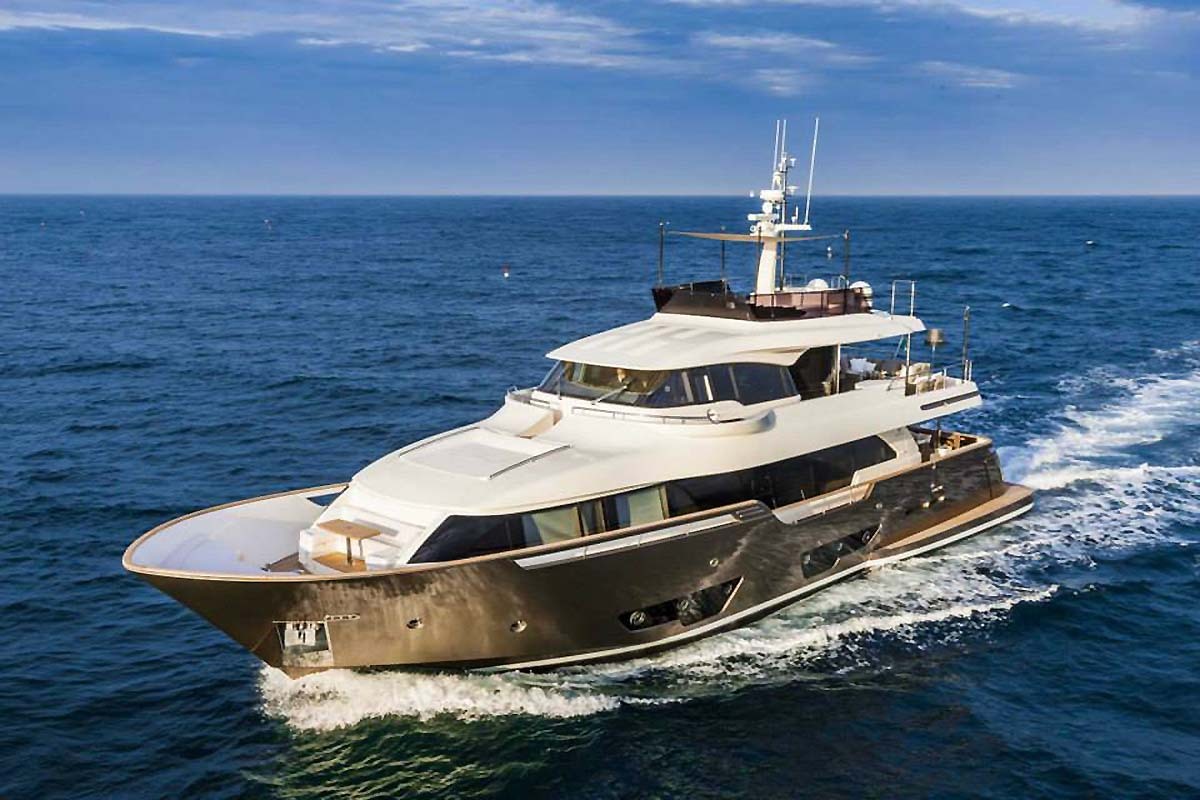 Yvonne is luxury charter yacht based in the South of France and available for hire from Antibes. She is a Navetta Custom Line 28 model, built by Ferretti Group; CRN Ancona based yard and delivered in 2015.
Her fantastic and spacious exterior can be almost compared with much larger yachts, is designed by Zuccon International Project, while her glamorous and sophisticate interior by Eric Kuster with Studio Zuccon. Navetta Custom Line 28 model was a winner of 2016 “Motor Boat Awards” held in London.

Yvonne accommodates ten charter guests in five air conditioned staterooms; four double and one twin cabin. Master stateroom is based on the main deck level in front of the main salon and feature King size bed, walk-in-wardrobe, large en-suite with hammam spa.
All other staterooms are based on the lower deck and all of them are with en-suite baths.

Yvonne is powered with two MAN’s developing in total 2400 BHP, pushing her up to 16.0 Knots with cruising speed of 12.0 Knots and 600 Nautical Miles range.

She is equipped with the stabilizers so called; On The Way and on the Anchor. The system works according to the laws of physics, which regulate gyroscopic movements: its action namely creates spontaneous and natural forces that oppose the rolling motion, significantly increasing the boat’s stability.
With her stabilizing system it is almost possible to say goodbye to seasickness.

Navetta Custom Line 28 Yvonne charter yacht is available for hire in West Med, France and she has a professional marine crew of five.