Situated in Central Europe, the country is blessed with a rich cultural legacy to boats of. Its culture is a confluence of ancient cultures like that of the Byzantine Empire, the western Roman era, the Mediterranean culture. The climate of the Dalmatia can be described as Mediterranean… 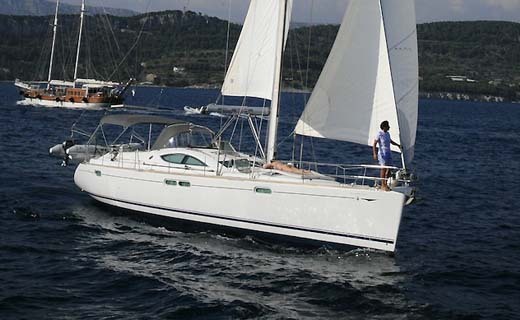 Situated in Central Europe, the country is blessed with a rich cultural legacy to boats of. Its culture is a confluence of ancient cultures like that of the Byzantine Empire, the western Roman era, the Mediterranean culture. The climate of the Dalmatia can be described as Mediterranean. The country has seven places that have been listed in the list of World heritage Sites by UNESCO.

Moreover, as far as the cuisine is concerned, the country’s cuisine boasts of some lip smacking dishes that are hard to resist. Interestingly, the Croatian cuisine draws heavily from a variety of international styles like those of Mediterranean, Roman and Greek styles. Apart from its food, the country is also known as a prime wine manufacturing, producing some of the best wines in the world. In other words, Croatian Dalmatia is a place where the sun never ends on the fun. In case people, are thinking of going on a vacation, they should spare a thought for sailing in Croatia.

For going on sailing Croatia, people need not worry about a lot of things, for there are a multitude of boat charter Croatia companies that enable their clients to have carefree holidays and NYC is one of them having highest standards, from travel to lodging to food to even sightseeing, there is little that tour operators cannot do. These sailing boats are designed to accommodate all possible requirements of people and even if travelers have any special requirements, they are amply complied with. The reason why sailing in Croatia, are so popular is that they allow people to see and visit even the remote areas of the country that otherwise wouldn’t have been possible. Further, be it an amateur sailor or an experienced, one, they are sure to find a flotilla or yacht that fits the bill. Plus, the joy of sailing under the sun is the icing on the cake.

The country is also known for its archaeological wonders which need time and patience to see and review. Sailing holidays give travelers the opportunity to view these archaeological wonders in depth. Further, there are times when travelers would like to visit a few handpicked places rather the whole country. Sailing holidays Croatia allows people to visit selected cities that they like.

People also have the liberty to choose from a wide variety of yachts in North, central and South of Dalmatia. Sailboats or yachts are a great way for people to ditch their stress and worries for some fully fledged fun around the coasts and islands of Croatia.